In anticipation of the Collingswood Book Festival, we thought it might be nice to have some of our senior editors and a couple of festival participants sit down for a proper chat about poetry and community, the anonymity of sending work out into the void and the anonymity of masks, and of course, bears and bathrobes.

Enjoy and let us know what you think! Has the pandemic made writing more universal or melted our minds so terribly that our relationship to literature has changed? Will readings stay virtual and/or can we find a happy relationship between Zoom and IRL?

This episode includes these special guests:

Cynthia Dewi Oka is the author of Fire Is Not a Country (2021) and Salvage (2017) from Northwestern University Press, and Nomad of Salt and Hard Water (2016) from Thread Makes Blanket Press. A recipient of the Tupelo Quarterly Poetry Prize and the Leeway Transformation Award, her writing has appeared in The Atlantic, POETRY, Academy of American Poets, The Rumpus, PANK, Guernica, ESPNW, and elsewhere. In collaboration with Philadelphia Contemporary, Friends of the Rail Park, and Asian Arts Initiative, her experimental poem, Future Revisions, was exhibited at the Rail Park billboard in Philadelphia from July to August 2021. She has taught creative writing at Bryn Mawr College and is a 2021-2022 Poet in Residence at the Amy Clampitt House in Lenox, MA. She is originally from Bali, Indonesia. 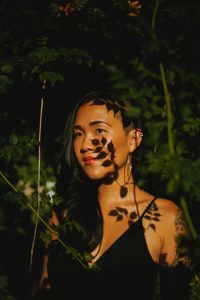 Rogan Kelly is the author of Demolition in the Tropics (Seven Kitchens Press, 2019). His work has appeared, or is forthcoming, in New Orleans Review, The Penn Review, Plume, RHINO, and elsewhere. He is the editor of The Night Heron Barks and Ran Off With the Star Bassoon. 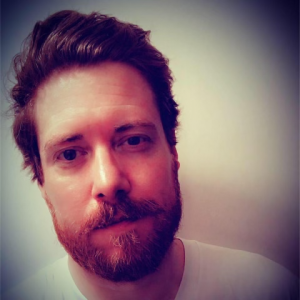 We thought we’d include our bio’s here, since we never do:

Jason Schneiderman is the author of four books of poems, most recently Hold Me Tight (Red Hen 2020) and Primary Source (Red Hen 2016). He edited the anthology Queer: A Reader for Writers (Oxford UP 2016). His poems and essays have appeared in numerous journals and anthologies, including American Poetry Review, Best American Poetry, VQR, The Believer, and The Penguin Book of the Sonnet; he is a co-host of the podcast Painted Bride Quarterly Slush Pile. His awards include the Shestack Award and a Fulbright Fellowship. He is an Associate Professor of English at the Borough of Manhattan Community College and teaches in the MFA Program for Writers at Warren Wilson College.

Kathleen Volk Miller has written for LitHub, NYT Modern Love, O, the Oprah magazine, Salon, the NYTimes, Huffington Post, Washington Post, Family Circle, Philadelphia Magazine and other venues. “How We Want to Live,” an essay, was chosen as the penultimate piece in Oprah’s Book of Starting Over (Flat Iron Books, Hearst Publications, 2016). She is co-editor of the anthology, Humor: A Reader for Writers (Oxford University Press, 2014). She is co-editor of The Painted Bride Quarterly and co-host of PBQ’s podcast, Slush Pile. She has also published in literary magazines, such as Drunken Boat, Opium, and other venues. She holds “Healing through Writing” and “Writing and Neuroplasticity” workshops, and other memoir classes. She consults on literary magazine start up, working with college students, and getting published in literary magazines.  She is a professor at Drexel University.

Marion Wrenn is Director of the Writing Program; Senior Lecturer of Writing and Literature and Creative Writing at NYU Abu Dhabi. Marion C. Wrenn is a media critic, cultural historian, and literary editor who writes essays and creative non-fiction. She earned her PhD from NYU’s Department of Media, Culture, and Communication and has received grants and awards from NYU, the AAUW, and the Rockefeller Archive Center.  Recent work on satirical news and citizen audiences have appeared in Poetics. Her essays have appeared in American Poetry Review, South Loop Review, and elsewhere. She co-edits the literary journal Painted Bride Quarterly (pbqmag.org) and has taught writing at NYU, Parsons, and the Princeton Writing Program.