Today is a special iteration of Slush Pile as we are graced with the excellent presence of two friends of Painted Bride Quarterly. Marion Wrenn has landed in a foggy Philadelphia and is causing trouble after being reunited with Kathleen. Also joining the gang is Isabella Fidenza, a graduate publishing student here at Drexel. Our first debate is flats vs heels for Marion’s role as wedding celebrant during the upcoming weekend. After discussing the reasons for Marion leaving the desert and gracing us with her appearance in Philadelphia and Kathleen describing a harrowing experience while attempting to attend a book meeting for Trevor Noah’s “Born a Crime” the gang dives right into two sonnets by Bino A. Realuyo named “The Other Rebel”.

BINO A. REALUYO has published poems in The Nation, The Kenyon Review, New Letters, Manoa: International Journal of Pacific Writing, Missouri Review, Puerto del Sol, and recently, in ZYZZYVA’s Resistance Issue.  These two sonnets are from his recently completed manuscript, The Rebel Sonnets. 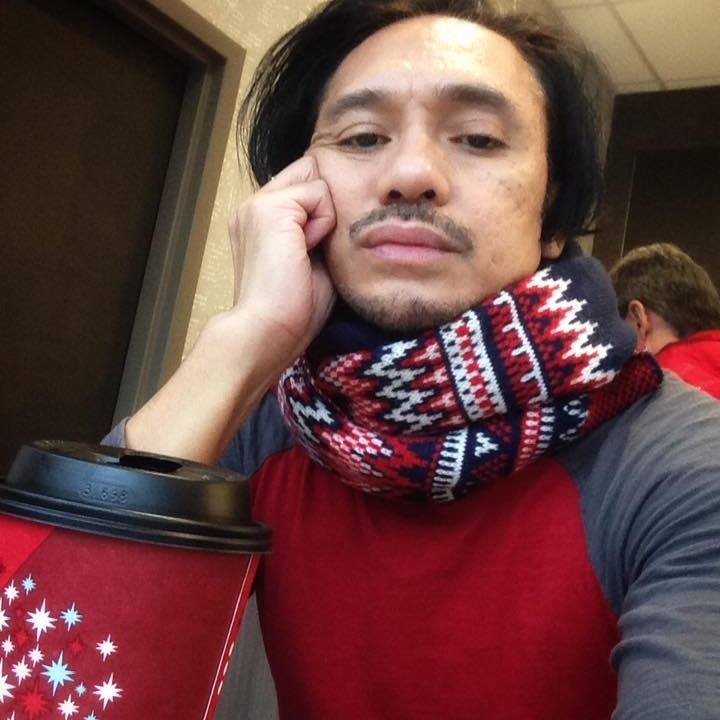 His poetry collection, The Gods We Worship Live Next Door, received the Agha Shahid Ali Prize for Poetry in 2005. Its Philippine edition, published three years later, received the Philippine National Book Award for Poetry in 2009. He has received fellowships and awards from Yaddo, New York Foundation for the Arts (twice), Valparaiso in Spain, Urban Artist Grant, Queens Council on the Arts, and a Lucille Medwick Memorial Award from Poetry Society of America.  Realuyo is currently a NYSCA/New York Foundation for the Arts fellow in fiction. He works in the field of adult literacy, providing education and support for immigrants in New York City.

The first of the poems speaks on the impermanence of relationships in life using an excellent metaphor of cherry blossoms or sakura. After a lengthy discussion and a vote, the gang moves forward into the second piece which looks at the correlation between relationship and a tea ceremony. What do you think? Is Jason Schneiderman’s nickname “The Ray of Gloom” appropriate? Will we ever find out what Marion was going to wear? Will these pieces be accepted? Or will they wilt as the cherry blossoms always do? Listen on and find out!

after your last words,
“you cannot have us both.”

Your open lips on my chest—what I heard last,
what stayed the longest, second only to white noise

that began when you left, fever-faced, for your
cherry blossom garden, an island of impermanence,
Mono no aware, where nothing lasts. Transience

is not a language hearts speak. Mine was taught
to speak longevity, the why not try and try again.

How I ended up with the two of you was not the
work of desire, but of truths unfolding inside me
more than yours, pages of a red red rose revealing

how three hearts could bloom from rebellions.
That night, I stayed at my only spot to take root,

learning to find essence in the ephemera, how
cherry blossoms bloom together only to die at once.

*Mo no aware is a Japanese term used to describe the cultural idea of impermanence, especially one associated with cherry blossoms.

I don’t know what your departure taught me.
Our last night was no tea ceremony. (I didn’t
know the essence of tea until a decade later.)

My heart lost its tongue after a series of silence
interlocking like columns of a wooden pagoda.
I had no wood left, no pillar to keep me still

and learn from moments, what we were
always taught: forgive, distance, undo.
It was silence I swallowed when you left.

A Karakuri doll that only turned around as soon
as you lifted its weight, facing a wall until
it’s wound again for tea time. I imagine

how many gods you will meet. Benzaiten,
flowing, flowing from the past, Idaten, speeding
into the future. Kami in everything we touched.