Hello all and welcome to another episode of Slushpile! In this episode, look forward to not only critiquing a few poems along with the gang, but also some discussion on the original tale of Hansel and Gretel.

Setting a new precedence, rather than lots of jackassery before we got down to business, we quickly moved into the poems (below the bio!) by Susannah Sheffer. (Though we tussled a bit over who of us found these poems!)

The first poem titled, “After: An Introduction” was read by a sniffly Ali.

The crew decided that the poem was crafted as a re-telling of the story, “Hansel and Gretel” and prompted a fascinating conversation that will have you glued to your audio device (whether that be an IPod or IPhone).

This piece even had Jason and Tim agreeing with each other, which if you have been listening to the podcast for a while, you know is rare.

Re-tellings of an original story can be tricky as it could either go really well, or come off as overdone. A debate amongst the gang resulted from this. Obviously, the poem did a good job as the majority agreed that even though it was a recreation, it still possessed unique qualities. Even those who weren’t big fans of the story, could say that they understood why someone else could.

Moreover, there were some lines in the poems that had the gang tripping, which begs the question: Is it a good poem if it does not?

Who knows how or why we started talking about “Say Anything,” but we did, and Kathleen was incredulous that there was anyone left in America who hadn’t seen such an iconic film.

The next poem “Hansel At His Stepmother’s Grave,” wowed the gang with its jaw-dropping rhythm, which had Kathleen saying “Holy Moly” in more ways than one. Everyone agreed it was executed beautifully.

Jason went the extra mile and did a bit of quick research helping us to dig even deeper into the poem. This was a poem that not only evoked the emotions of our crew, but also explored the emotions of and between the characters within the original fairy tale and Sheffer’s poem.

However, this poem left the crew at a tie! Or as Joseph described it “high drama.” Listen in to find out what the final verdict was!

The last poem, “Hansel Prepares For the Future” offered yet another unique twist on the tale. Trust me folks, this is one you do not want to miss.

Let us know how we’re doing, Slushies!  Read on!

If you just can’t get enough Hansel and Gretel, Jason recommends Anna Marie Hong’s “H & G” and Marion recommends “Girls Are Coming Out of the Woods” by Tashini Doshi. 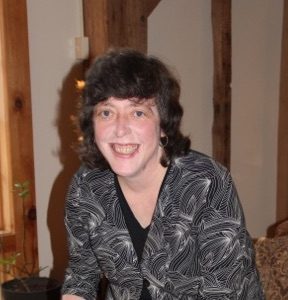 Susannah Sheffer teaches writing (and other things) to young people at North Star: Self-Directed Learning for Teens in Sunderland, Massachusetts. She also works as a therapist at a local mental health agency, often with people who have experienced trauma. All of this in some way informs her perspective on the Hansel and Gretel story. Susannah’s poetry chapbook This Kind of Knowing was published by Cooper Dillon Books in 2013 and more recent poems have appeared or are forthcoming in The Threepenny Review, Copper Nickel, Tar River Poetry, the Massachusetts Review, and elsewhere. Her book Fighting for Their Lives: Inside the Experience of Capital Defense Attorneys was also published in 2013.