This week’s episode of Slush Pile sees a newcomer to the table, but not a stranger to PBQ. John Wall Barger’s poems have appeared in many journals and anthologies, including The Cincinnati Review, Subtropics, The Malahat Review, and he has published two collections, and most importantly, to us, he is now an editor for Painted Bride Quarterly! After John drops a quick bombshell about his new book coming out in the spring of next year, Jason laments about the supreme court striking an arduous blow to his union. When everyone is done grieving over the absence of beloved editor Marion Wrenn (where in the world is she now? Florence?) the gang dives right into three poems by two different authors starting with Karen Neuberg’s “Same House.” 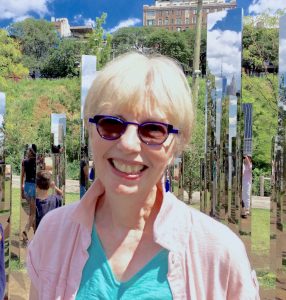 in numerous journals including 805, Canary, Epi-graph Magazine, and Verse Daily. She’s a multiple Pushcart and a Best-of-the-Net nominee, holds an MFA from The New School, is associate editor of the online journal First Literary Re-view East, and lives in Brooklyn, NY. Her latest chapbook is “the elephants are asking” (Glass Lyre Press, 2018)

“Same House” sparks an in-depth discussion about memories and nostalgia. Several of the editors comment on pieces of language that they admire as well as how their own nostalgic experiences can relate to the narrative. After a quick vote the board moves onto two poems written by Sadie Shorr Parks labeled “Lunacy” and “Good Sleep.”

Sadie Shorr-Parks grew up in Philadelphia but currently lives in Shepherdstown, West Virginia, where she teaches writing at Shepherd University. Outside of creative writing, Sadie dabbles in calligraphy, painting, stop animation, embroidery, and puppetry. She likes to start her day by doing the NYT Crossword and hopes to enter the American Crossword Puzzle Tournament i 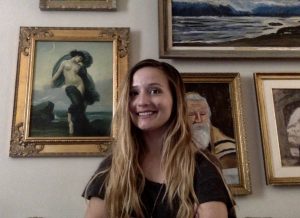 n 2019. Sadie’s creative writing can be found in Witness Magazine, Sierra Nevada Review, Appalachian Heritage, and Blueline, among others. Her book reviews can be found with Los Angles Review of Books, Southern Literary Review, and Iowa Review.

The gang begins to explore the pieces by Sadie Shorr-Parks discussing the risks and interesting qualities of her pieces. Kathleen and the gang do a great job at breaking down some of the intricacies of Sadie’s work. Will these pieces make the cut? Listen and find out!

The group ended the episode in their usual manner: Tim Fitts challenged ANY LISTENER to challenge our co-op, Ali, to an MMA battle, while Kathleen and Jason happily discussed their last visit to The Big Gay Ice Cream Shop. (And don’t forget to celebrate 1970’s National Geographics and the French Revolution. Whaaaaa?)