This episode is particularly special as present in Drexel’s Korman Studio is a very special friend of PBQ, Elizabeth Scanlon.

Elizabeth Scanlon is the Editor of The American Poetry Review. She is the author of Lonesome Gnosis (Horsethief Books, 2017), The Brain Is Not the United States/The Brain Is the Ocean (The Head & The Hand Press, 2016) and Odd Regard (ixnay press, 2013). She is a Pushcart Prize winner and her poems have appeared in many magazines including Boston Review, Ploughshares, Colorado Review, Crazyhorse, and others. She lives in Philadelphia.

After short introductions, and some technical difficulties in which our Abu Dhabi team is lost to the internet for just a brief moment, the gang jumps right into the work of Elizabeth Cantwell and her works “Housewarming” “Emergency Queen” “The People Who Live in Boats”.

Elizabeth Cantwell is a poet and high school teacher living in Claremont, CA. Her first book, Nights I Let the Tiger Get You, was a finalist for the 2012 Hudson Prize; she is also the author of a chapbook, Premonitions. Her work has appeared or is forthcoming in a variety of journals, including The Cincinnati Review, DIAGRA 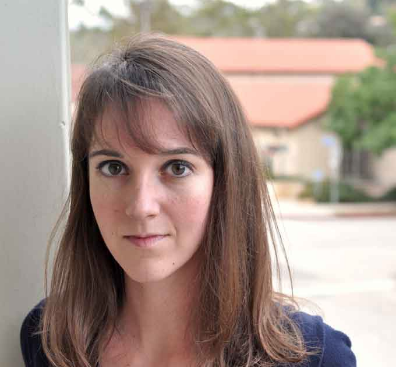 M, The Missouri Review, and Hobart.

Her first piece “Housewarming” had the editors reflecting on the pieces excellent use of reassuring imagery and line spacing. Kathleen and Marion also reflected on oxygen bars, and are quite sure that they visited an oxygen bar on some jaunt in the U.S., but aren’t sure if it was here or here. After some short discussion and a vote, the gaggle of editors move on to the second poem “Emergency Queen,” which is rife with ,”delicious words” according to Kathleen. After exploring the intricacies of the piece the gang moves on to the final piece of the batch “The People Who Live in Boats”. Structured into a giant prose block, this piece doesn’t even slightly resemble the form of the poems which preceded it. With this piece, Elizabeth takes us to what can be referred to as image school. The editors practically have a gleeful field day, it’s so much fun deconstructing all of the intricacies of this final piece.Do you think facticity should be a word?How about Fittsisms? What do you think? Do all of these pieces make the cut? Or will time devour them as it does everything else? Listen and let it be revealed

THE PEOPLE WHO LIVE IN BOATS