Sex tape? Kardashians? This week’s podcast has a little bit of both as the gang, consisting of Kathleen, Tim, Marion, Jason along with his partner Michael and Ali the new PBQ co-op, examines the work of the talented Jameka Williams. 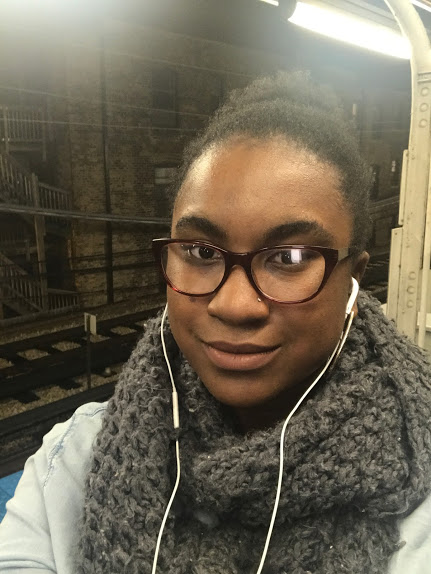 Jameka Williams is an MFA candidate at Northwestern University hailing from Chester, PA, fifteen miles southeast of Philadelphia. Her poetry has been published in Prelude Magazine, GiganticSequins, Powder Keg Magazine, Yemassee Journal, and Tupelo Quarterly. Muzzle Magazine nominated her poem, “Yeezus’ Wife [when asked what do you actually do],” from their June 2017 issue for “Best of the Net 2017” and the Pushcart Prize. She resides in Chicago, IL.

The team touched upon The Sex Tape’s  structure,  praising the stanza’s execution and how the lack of punctuation worked well for the first poem. After talks about a variety of gods (yes—gods and sex tapes—listen, you’ll see) the vote was completed and the crew dove right into her second piece, The Kardashians for a Better America

The second speaks of illumination and even sympathy for the muse the poet had tried to connect with, providing a different perspective to the editorial board. One of the most interesting points of the discussion came from Michael, who had made connections to a video game relevant to the context of the poem. As the episode was winding down, Marion linked the subject of the piece to an essay she had read previously and everyone voted once again.

How does talk of botched iced coffee orders lead into discussions of poetry? How does desire possibly relate to the very topic Williams’ poetry? What dictates the moments in pop culture that “stick?” Did both make it through the editorial process? Plug in and find out, as these questions are bound to keep listeners up at night, much like the antics of the Kardashian family.

Kim worships our god: the god of snow & the god of fucking the god of moisturizer the god of grainy iPhone footage the god who invented Black men the god of no bad publicity the god of an indestructible body