Join us as we consider a pack of poems by Pier Wright, and the complexities of pacing, prosody, and narrative poems with strange and powerful images: memory, tenderness, a “magnificent young moose,” & the magic of being caught in the act. Kathleen “Gratitude” Volk Miller, champion explicator and advocate for gratitude and neuroplasticity, analyzes the “small pointy hats of hope” as lovers entwine. Jason “Gorgeous Vectors” Schneiderman loves sticky collisions. Gabby and Alex and the crew ponder happy endings and surprises that feel like “Objective correlatives,” slushies. Spoiler: Marion “Sunshine” Wrenn makes an appearance from future past, or future perfect, or…something like that. It all makes a great story.

Slushies, what is your “embarrassing at the moment but will be funny later” story?

Pier Wright attended Kalamazoo College where he was influenced by the poetry of Con Hilberry and later by that of Diane Seuss. The first poetry reading he ever attended, and has never forgotten, was Robert Bly reading from Silence In The Snowy Fields. He received a Post-Baccalaureate & Masters degree from The Art Institute of Chicago. As a student he discovered Fairfield Porter, Monet’s large Water Lilly paintings at at Musée de l’Orangerie, Terry Winters, Mary Heilmann, Philip Guston’s late paintings, Giotto, Noguchi, etc.. Influences include Prayer Wheels, Marie Howe, Chris Martin, Peter Matthiessen, Stephen Dunn, John Cage, Ornette Coleman, Joni Mitchell, Phyllida Barlow, the ceramic work of Toshiko Takaezu, and, most recently, the writings of C.D. Wright. While living as a hermit for several years at the end of a peninsula in N Michigan he began working with Michael Delp. He has been the director of Wright Gallery since 2002 and is recently married. 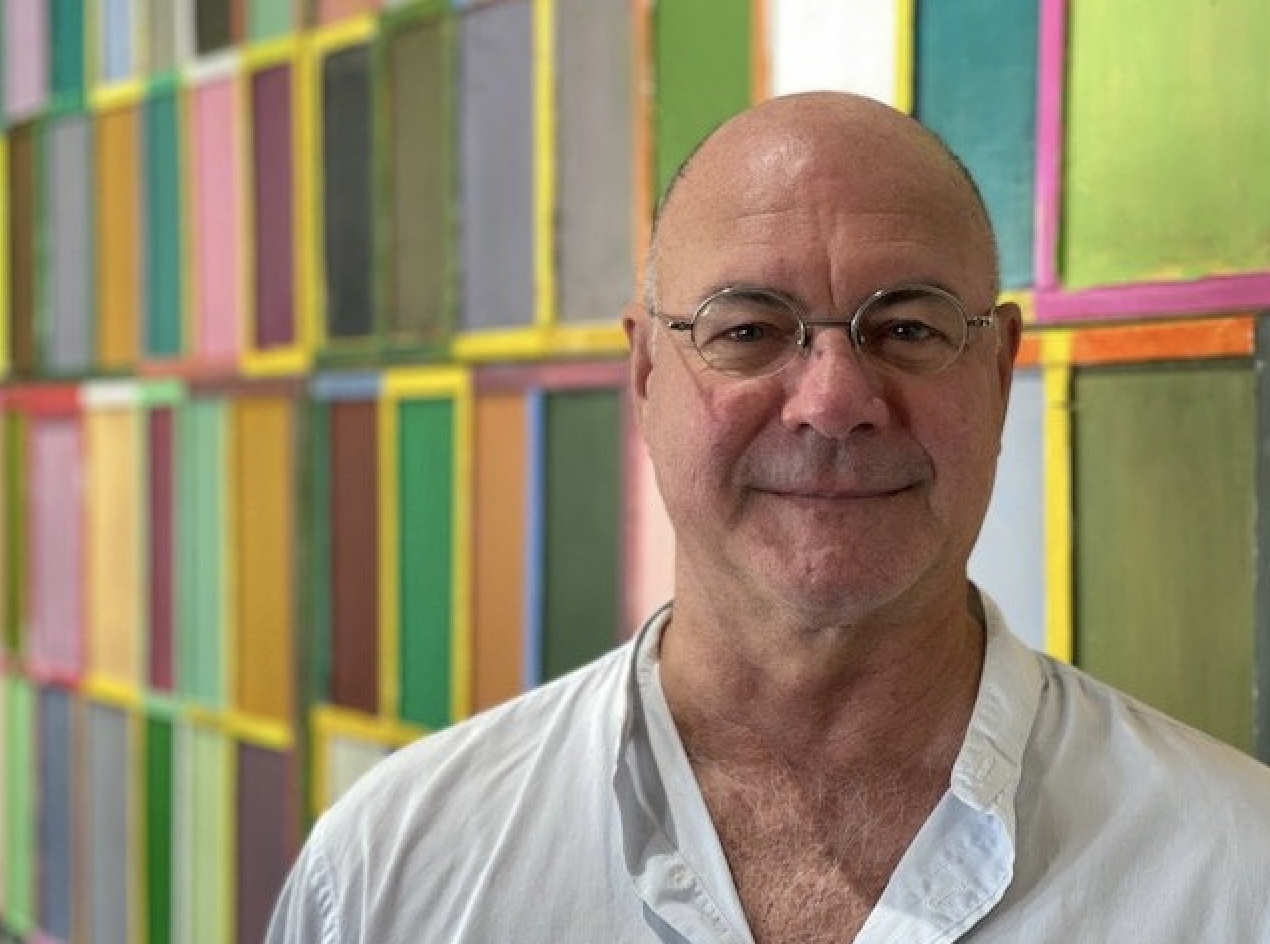 we arrived early at the house by the subshop

after the bar closed

it was cold and being new at love

the only way we thought to keep warm

was by undressing completely, with great urgency

in the front seat of the Ford

then my foot got stuck in the horn

just as our friends began arriving

we couldn’t have left even if we’d wanted to

with all the cars having parked behind us

so we went to the party anyway

me with my shoes untied

you unfolding yourself from the car like a magnificent young moose

the way you had of entering a room back then

as though by just walking the muddy path to the stoop

a lotus popped out

what was once impotent in me

remains in this fiery house

on a small lot, crap lawn

the small pointy hats of hope

the heat slicked fur of a sleeping hound

a house made not of things

but the relationship between things

such as the desire two bodies have

when flying blindly toward each other

so, when I ask if I can make you breakfast

what I mean is, I am thankful you are finally here

on our way to your room.

then a table broke, the matching chair in pieces,

waltzing together across worn linoleum

while waiting for a bus to Miami

you wrote your number on a napkin.

a memory persistent as the fly banging

on this kitchen door screen.

what a day in the garden

pulling out the knotweed

the clover and spurge

forgiving you for leaving so soon

the way they cut your head open

I recall a dream

I find you in a dumpster it’s hot

your bones are missing

and you can’t get out

beside the thistle and burdock

your cheeks wet I ask if you are hungry

how tender the early dandelion greens

are tossed with sea salt

drizzled with the good oil

I keep for company